IFC Films has released a new teaser trailer for Benedetta, Paul Verhoeven's latest feature. Telling the true story of a love affair between nuns in an Italian convent during the 17th century, the title first premiered in July at the 2021 Cannes Film Festival where it was up for the Palme d'Or. The movie is now set for a wider release on Dec. 3, and you can check out the new teaser below. 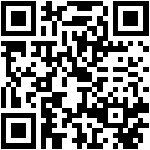