SEOUL: The influential sister of North Korean leader Kim Jong Un on Friday said it was “admirable” of the South to propose a formal end to the Korean War but demanded Seoul first drop its “hostile policies” towards Pyongyang.

Kim Yo Jong’s remarks, carried by Pyongyang’s official KCNA news agency, were in response to South Korean President Moon Jae-in’s recent calls for declaring an official end to the 1950-53 conflict that ended in a truce, not a peace treaty, leaving the two sides technically at war for more than half a century.

In a speech at the UN General Assembly earlier this week, Moon proposed the declaration of an end to the conflict that broke out 71 years ago, stressing such an act would “make irreversible progress in denuclearisation and usher in an era of complete peace”.

Kim, a key policy adviser to her brother Kim Jong U 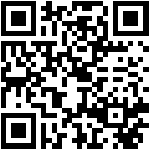