PSG infamously sacked Tuchel on Christmas Eve ahead of the German taking charge of Chelsea and leading them to the Champions League title.

While he was a regular playing for Tuchel, Di Maria was happy to see him axed.

That's according to L'Equipe, which report Di Maria was highly critical of Tuchel in the players' Whatsapp group after his dismissal.

It's suggested Di Maria had grown tired of Tuchel's management approach and methods. 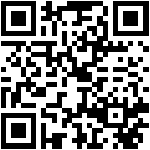