DJI’s upcoming Mavic 3 Pro drone may be a big upgrade over the last model, according to leaks from DroneDJ and Jasper Ellens seen by The Verge. It may have a significantly longer flight time along with not just one, but two cameras, including a telephoto model and one with a larger Four Thirds sensor. If accurate, the Mavic 3 would be highly desirable for cinematographers and aerial photographers when it arrives, reportedly later this year.

Where the Mavic 2 Pro and Mavic 2 Zoom make you choose between a larger sensor or a 24-48mm equivalent zoom, the new model will offer both on one drone. It reported 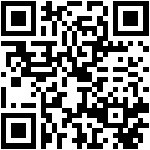