Domestically transmitted cases accounted for 3,245 of the new infections, while 28 were imported. More than 77% of the former were in Seoul and areas neighbouring the capital, which is home to about half the population of 52 million. 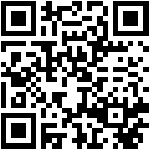