(Reuters) -A pair of Federal Reserve policymakers on Friday said they felt the U.S. economy is already in good enough shape for the central bank to begin to withdraw support for the economy, setting up for the next big debates for the central bank: when to raise interest rates and what to do with the Fed’s massive balance sheet. 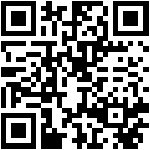