File photo of Myanmar Buddhist monk Wirathu speaking at a rally against constitution change in Yangon, Myanmar, May 5, 2019. — Reuters pic

YANGON, Sept 25 — Scores of pro-democracy Buddhist monks took to the streets of Myanmar’s second-biggest city today, rallying against the military coup in demonstrations that coincided with the 14th anniversary of previous clergy-led mass protests.

Myanmar has been in turmoil and its economy paralysed since February when the military ousted Aung San Suu Kyi’s civilian government, ending a ten-year experiment with democracy.

Around the country an anti-junta resistance has taken root, prompting the military to unleash a brutal crackdown on dissent. More than 1,100 civilians have bee 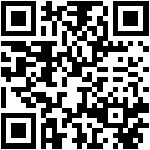