Gazidis left he Gunners for Milan three years ago.

He explained, “My experience begins in the USA, where the success of MLS depends on training young American players.

“In Premier League, we completely renewed the development path of English players, clubs were given incentives to develop the academies, but you had to meet very high standards.

“Arsenal invested a lot of money in a program for players from nine to 16 years, choosing an international staff.

“The players who at the time were 12 years old now are the national [Bukayo] Saka and [Jadon] Sancho. The philosophy was not to have an obligation to have a certain number of English players on the team, but the commitment to meet specific standards, so the English players had to b 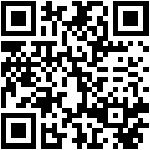