Despite United's unbeaten start and big name players, Cash believes the visitors have enough quality to get a positive result.

He said: “They're a good side. Everyone knows how good Ronaldo is, so playing against him will be unreal and trying to stop him at the same time.

“We know their quality. We know they're a great side, but we're a really good side as well. We'll go there with confidence and try to get a result.

“These are the games you want to play in. Old Trafford is a great stadium and playing against the big clubs is always nice because you want to win."

A change in formation to a back five in the past two top flight matches has seen the 24-year-old become more of a factor in Villa's attacking play.

And following his first g 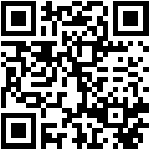