More than 22,000ha of land was set ablaze when power lines operated by Pacific Gas and Electric (PG&E) came into contact with a tree in September last year, igniting what became known as the Zogg Fire.

Prosecutors said the firm knew that the tree in Shasta county was dangerously close to a power line, and should have removed it three years earlier.

“We have sufficient evidence to prove beyond a reasonable doubt that PG&E is criminally liable for their reckless ignition of the Zogg Fire, and the deaths and destruction that it caused,” said the county’s district attorney Stephanie Bridgett. 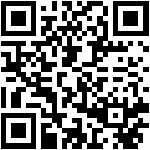