KOHLER, Wis. : Europe will try to dig out of the biggest hole they have faced in Ryder Cup competition in nearly a half century on Saturday while the U.S. look to carry their momentum from Day One and add to a commanding 6-2 advantage.

Not since 1975 have the U.S. entered the second day of the biennial event with a four-point cushion and captain Steve Stricker has decided not to mess with success, sending out the same four pairing for Saturday's foursomes as he did on Friday which they dominated by winning three of the four matches.

Europe captain Padraig Harrington, needing something special, made several changes but stuck with his lead pairing of world number one Jon Rahm and Sergio Garcia, who earned Europe's only full point on Day One, in the hope they can spark a fightback. 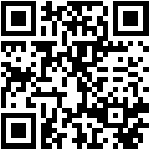