That's according to local reporter Rudy Galetti, who has stated Kessie is considered as an option to replace Paul Pogba.

With Pogba coming off contract in June, United are drawing up contingency plans should the Frenchman refuse to sign a new deal.

Kessie is a prime target, with United knowing he is locked in new contract talks with the Rossoneri.

The midfielder has been key in Milan's revival over the last 18 months. 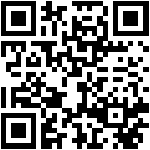