It’s iPhone 13 and iPad mini 6 launch day and some early users are experiencing a handful of minor bugs with their devices. Earlier today, 9to5Mac reported that some iPhone 13 users are unable to use the popular Apple Watch Unlock feature. Apple has also now published two support documents detailing issues with Apple Music and Home Screen widgets on the new devices.

First off, Apple says it has discovered “an issue where widgets might revert to their default settings after you restore your iPhone or iPad from a backup.” The issue affects a “limited number” of the following devices, according to Apple:

Unfortunately, it appears that if your widgets are reset after restoring your new iPhone or iPad from an iCloud 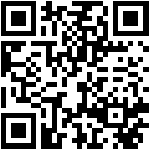