Amazon is working on a number of new devices including an Echo with a 15-inch wall-mounted display, a soundbar, new Echo Auto technology and wearables. Some may appear fairly soon at the company’s September 28th hardware event, according to a Bloomberg report.

The splashiest-looking product would be an Alexa-enabled Echo with a display size around 15-inches. Codenamed Hoya, it could not only be placed on a stand like a regular Echo device, but mounted on a wall as well. It would serve as a smart-home center to control lights, cameras, locks and other devices, while showing weather, timers, appointments 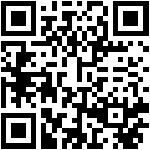