First Apple store in The Bronx opens with refreshed design, dedicated pick up section, and new Today at Apple tables

Apple today opened a new retail store in The Bronx at The Mall at Bay Plaza. This marks the first time Apple has had a store in The Bronx borough of New York City. The new store features an updated design with several new elements not seen before in other stores. New features range from an all-new space dedicated specifically for in-store pick-up to newly designed Today at Apple tables.

Apple has previously opened stores in all four other New York City boroughs: Manhattan, Brooklyn, Queens, and Staten Island. The new store is an important one that will now serve a community that’s often neglected by large luxury retailers. Not only is The Bronx finally gaining an Apple Store of its own, but it’s also gaining the first one with an entirely new design. 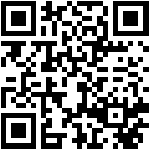