For the fans who've been hoping to see Wedding Crashers 2 with Owen Wilson and Vince Vaughn returning finally happen, this news may prove to be rather disappointing. After the movie's stars had been teasing the sequel for years, things were finally starting to look pretty good about its chances. The project had even gotten the approval of Warner Bros. with plans to officially announce the sequel very soon, but the project reportedly fell apart at the last minute thanks to Disney's The Haunted Mansion.

Puck reports that Toby Emmerich and Richard Brener of Warner Bros. had been working hard to get Wedding Crashers 2 developed. They had even managed to get original director David Dobkin on board to come back and helm the sequel, with original stars Owen Wilson, Vince Vaughn, Rachel McAdams, and Isla Fisher also returning. Wilson and Vaughn would have earned a reported $10 mi 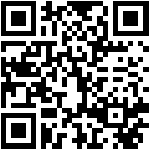