SHANGHAI (Sept 25): Chinese state media welcomed telecoms giant Huawei's chief financial officer, Meng Wanzhou, back to the "motherland" on Saturday, after more than 1,000 days under house arrest in Canada, on what they called unfounded charges of bank fraud.

But they have kept silent about Michael Kovrig and Michael Spavor, the two Canadians released from Chinese custody in an apparent act of reciprocation by Beijing.

Chinese state broadcaster CCTV carried a statement by the Huawei executive, written as her plane flew over the North Pole, avoiding US airspace.

Mohd Sani Abdullah
•
3 weeks ago
Damn scooby justin. Meng's arrests must be compensated. Kept her on house arrests for 1000 days should be sue n compensated. Disgraceful to hear canada would arrests a high profile Huawei CEO. In exchange for the exchange of 2 international drug smugglers know as the 2 micheals. In this new era opium are seldom use so more modern drugs were try to smuggle out of CHINA . These 2 micheals must be the DESCENDENTS of the infamous OPIUM TRADERS OF THE WEST. Be warn, ASIA too sentence international drugs smuggle to death too. So, don't even think of coming to Asia to make quick money from drugs.
How to Install Newswav
1. Scan the QR code below
1. Tap this button 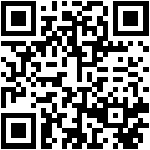