The Many Saints of Newark Review: A Banner Prequel to The Sopranos

The Many Saints of Newark is a banner prequel to television's greatest mafia crime drama. Fourteen years after The Sopranos series finale on HBO, writer and showrunner David Chase shows us the nascent stage of an iconic gangster. Tony Soprano was forged in a firestorm of racial unrest under the tutulage of a charismatic murderer. The Many Saints of Newark tells the riveting story of how Dickie Moltisanti (Alessandro Nivola) took control of New Jersey's DiMeo crime family and influenced an impressionable nephew that worshipped him. 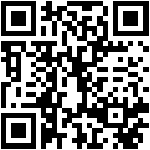