Xavi is currently coach of Al Sadd, having joined the Qataris as a player after leaving Barca.

Here we see Xavi from his first days as a junior player right through to his time as captain of the Catalan giants. His debut on August 18, 1998 under Louis Van Gaal was the beginning of a nearly two-decade career in the first team. 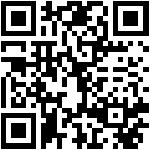