(Sept 25): In his heyday less than a decade ago, Chen Feng seemed like an unstoppable man on a mission to conquer the world.

HNA Group Co, the sprawling conglomerate Chen and his late partner Wang Jian helped start as Hainan Airlines in 1993, became the standard-bearer for a cabal of companies that snapped up trophy assets from the US to Europe. Their wave of acquisitions symbolized the arrival of China Inc on the world stage. Courted by Wall Street, the globe-trotting tycoon also hobnobbed with powerful leaders including President Xi Jinping and David Cameron, the former British prime minister.

Then, it all collapsed under one of the world’s largest mountains of corporate debt. The pandemic was the death knell for HNA, which had already been scrambling to sell off assets as its liabilities loomed. Effectively seized in February, 2020 by the government of Chi 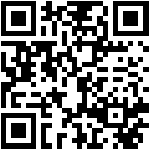