Kevin Bacon is stepping back into the horror genre after signing up for a new Blumhouse project to be directed by three time Oscar nominee John Logan. Kevin Bacon, who appeared in the original Friday The 13th, Hollow Man and You Should Have Left, will also executively produce the movie along with Scott Turner Schofield. The film is described as a tale of LGBTQIA+ empowerment which takes place in a gay conversion camp, and was written by Logan, who will be making his directorial debut on the feature. Currently, Theo Germaine is the only other star known to be cast in the untitled project.

Kevin Bacon has been an icon of cinema for decades, but actually got his start in a slasher movie. He played Camp Crystal Lake counselor Jack in the original 1980 Friday the 13th. He was murdered via arrow through the throat by Jason's mom Pamela Voorhees. So this new Blumhouse thriller i 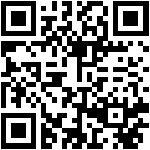