Marvel Sues to Keep Avengers, Iron Man and Spider-Man Rights in the MCU

Disney's Marvel heads are taking action to ensure they're MCU money-printing machine can continue unhindered by the heirs of the comics' creators. Iconic comic book characters like The Avengers, Spider-Man, Dr. Strange, Black Widow, Ant-Man, Hawkeye, Iron Man, and Thor, that have populated Disney's worldwide blockbusters are embroiled in a tug-of-war that have both heirs and Disney filing suits.

Lawsuits have been filed against the heirs of some late comic book legends including Stan Lee, Steve Ditko, and Gene Colan. The suits seek "declaratory relief that these blockbuster characters are ineligible for copyright termination as works made for hire." If Marvel loses, Disney would have to share ownership of characters estimated to be worth billions of dollars. 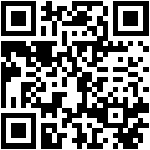