GEORGE TOWN – Two Penang DAP leaders told Kedah Menteri Besar Muhammad Sanusi Md Nor to focus on the present and future of his state instead of dwelling on the past, as the debate rages on over the historical accounts of both neighbouring states.

Sanusi sparked a furore in Penang when he made a contentious remark during the recent Kedah state assembly sitting, saying that the state’s neighbour was a “leased state” and that its inhabitants should not be overly critical of Kedah.

The Kedah branch of the Malaysian Historical Society then proposed to the federal government a correction of the historical account of Penang, saying that no treaty was signed between the Kedah Sultanate in 1786 and the island’s founder Sir Francis Light for the alleged handover of the island and sub

8
How to Install Newswav
1. Scan the QR code below
1. Tap this button 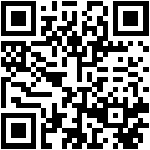