BOGOTA – Thousands of shark fins were confiscated by Colombian authorities before they could be illegally shipped to Hong Kong, officials said.

The haul highlights the continued demand for shark fin, served at wedding banquets in some Chinese communities and falsely believed to have medicinal properties.

The fins, removed from 900 to 1,000 sharks measuring up to five metres, were found on Friday in five boxes in Bogota's busiest airport El Dorado. 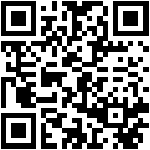