The free transfer from Bayern Munich has been used in several roles by Ancelotti so far this season.

He explained, “His position in the defensive line depends on the pressure. It could be further forward and Alaba is very good at that. But if there's no pressure on the ball then it's a risk and we have to defend as a deeper block. We'd like to have the line somewhere in the middle of the pitch, but that's not always possible."

On Marcos Asensio, who struck a hat-trick in victory over Mallorca, Ancelotti also said: “He was important for us before the last game, even though he hadn't played much. He did really well against Mallorca. He showed his quality and ability to play for the team in a different position. He's a really important player for us." 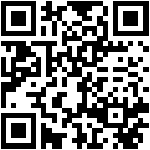