EU warns Russia over ‘Ghostwriter’ hacking ahead of German elections

The European Union has warned it may take action over Russia’s involvement in “malicious cyber activities” against several EU member states.

The “Ghostwriter” campaign targeted “numerous members of Parliaments, government officials, politicians, and members of the press and civil society in the EU”, according to a press release from the European Council on Friday, and was carried out “by accessing computer systems and personal accounts and stealing data.”

The statement by the European executive, comprised of the bloc’s heads of state, said the EU was considering “taking further steps,” but did not elaborate what actions it would take.

“Today’s declaration is about strongly denouncing malicious cyber activities, designated as Ghostwriter that some member states have observed and associated with the Russia 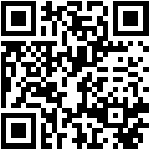