Jeff Davis, creator, writer and producer of MTV's Teen Wolf has just landed a new multi-year overall deal with Paramount+ for a movie sequel to the fan favorite that ran for 6 seasons starting in 2011. The series' original cast, including Tyler Posey, Crystal Reed and Dylan O'Brien is in talks to reprise their roles. Paramount+ says their answering our howls for more!

Paramount+ commands, "Raise a hand if you're ready to be thrown to the wolves. Again. A Teen Wolf movie is slated for release in 2022 and, yes, talks are already underway with the original cast. Plus, get ready to sink your teeth into Wolf Pack, an all-new series based on Edo Van Belkom's beloved books."

Teen Wolf the Movie has an official synopsis that reads, "A full moon rises in Beacon Hills, and with it a terrifying evil has emerged. The wolves are howling once again, calling for the return 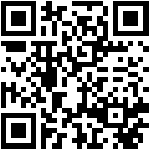