(Sept 25): A growing group of clubs are warning that a potential 7 billion-euro (US$8.2 billion) fund being created by European soccer’s governing body will be used as a bailout for the biggest teams who have racked up the most debt.

UEFA, the organizing body for European soccer, is putting the final touches to a rescue package aimed at helping the sport recover from the impact of the pandemic. The plan first reported by Bloomberg, will give clubs access to funds at lower borrowing rates and be able to restructure existing debt. Exact plans on how the fund will operate have yet to be decided, according to people familiar with the talks.

Tensions are high between clubs across Europe, after a failed attempt by a collection of the best-known teams to create their own super league. Many of the 12 clubs that signed up to the aborted league are among the most i 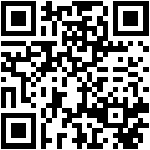