Daredevil star Charlie Cox is hoping to see Jon Bernthal and Krysten Ritter both make their returns in the Marvel Cinematic Universe. While Cox starred as the titular superhero in Marvel's Daredevil series on Netflix, Bernthal played Frank Castle in the spinoff series The Punisher. Meanwhile, Ritter also starred in three seasons of Jessica Jones, another connected Marvel series. It's not entirely clear if any of the characters from the Netflix shows will ever be seen again in the MCU again, though fans have been rooting for it to happen for years.

Since Daredevil ended in 2018, Cox has given no real indication that his version of the superhero will appear elsewhere in the MCU. It remains to be seen if that will happen, although there are rumors of his involvement in Spider-Man: No Way Home. Whether that is accurate or not, Cox does want to see characters from the "Defende 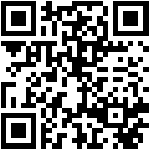