SHANGHAI (Sept 25): China's HNA Group, once one of the country's most acquisitive conglomerates, said on Friday that its chairman and its chief executive had been taken away by police due to suspected criminal offences.

The company, placed in bankruptcy administration in February, said in a statement on its official WeChat account it had been notified by police in its home province of Hainan, southern China, that Chairman Chen Feng and CEO Tan Xiangdong had been taken.

"The operations of HNA Group and its member companies are stable and orderly, and the bankruptcy and restructuring work is progressing smoothly according to the law," the company said. 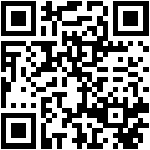