Ancelotti says he was happy with Hazard for victory at Valencia, though won't confirm he will start against Villarreal this weekend.

He added: "He deserves to be on the list of nominees for the Ballon d'Or because of what he's been doing and what he did last season. He still has time to win it and I don't think this season will be his last chance. He's a bit like good wine, he gets better with age." 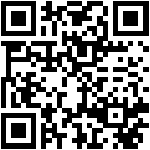