A vial and syringe are seen in front of a displayed Johnson&Johnson logo in this illustration taken January 11, 2021. — Reuters pic

Prime Minister Narendra Modi promised to resume exports at a meeting of leaders from the so-called Quad in Washington as India, Japan, Australia, and the US try to counter growing Chinese influence across the Asia-Pacific region. 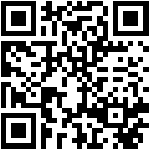