The AFL awarded coronavirus-free Western Australia its first Grand Final because of a prolonged lockdown in the game's traditional home state of Victoria.

The Demons settled early by scoring four of the first five goals, but the Bulldogs fought back in the second quarter with midfielders Adam Treloar and Marcus Bontempelli kicking two majors apiece to set up an eight-point lead at halftime. 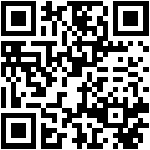