Juve earned their first win for the season in midweek against Spezia.

“Spezia put Juventus under pressure, if they had made it 3-1, it would have ended the game and they're a team worth 50 times less compared to Allegri's men.

“They scored the goals because of two or three players that Allegri doesn't see but continues to struggle, he gives me the impression of being in confusion.

“I don't understand how Juve play, it worries me a lot. They won, but will struggle to finish among the top four if they continue like this.

“They are the best equipped team and today they are 10 points behind, they play badly, they are passive, they suffer a lot despite always being behind the ball. 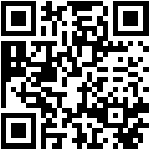