COPENHAGEN, Sept 25 — Icelanders started voting today in an election that could have a messy outcome with a record nine parties likely to enter parliament, making it difficult to find common ground on topics like climate change and healthcare.

The North Atlantic island of 371,000 citizens has seen a period of stability since 2017 under the ruling left-right coalition, after years of political scandals and distrust of politicians following the 2008 financial crisis. 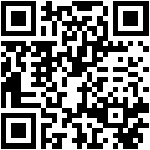