iPhone 13 launch day has arrived and all of the best deals are following suit with $290 bundle discounts on Apple’s latest handsets. That’s alongside a new low on the 12.9-inch iPad Pro at $149 off and Apple’s in-house MagSafe charger for $26. Hit the jump for all that and more in the latest 9to5Toys Lunch Break.

It’s iPhone 13 launch day, and while there are still all of the best offers for those on a carrier right here, Visible Wireless is now getting in on the savings with its own day one promotion. Right now, all four of the new iPhone 13 series handsets are being bundled with a $200 gift card of your choice as well as a HomePod mini. With prices starting at $720 for the unlocked pre-paid handsets, there’s $290 in value thrown in for picking up Apple’s latest. These are the best of 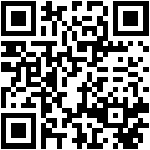