Update: Apple has officially responded that some of the behaviours described below are the result of an OS bug. Full support for 120Hz in third-party apps is coming soon. Original story below.

One of the biggest new features exclusive to the iPhone 13 Pro and iPhone 13 Pro Max this year is the inclusion of high-refresh rate displays, or what Apple calls “ProMotion.”

That means the iPhone 13 Pro models feature new OLED displays that can refresh their screen content at up to 120 times per second, or 120Hz. However, developers receiving their phones today have discovered that, in many circumstances, their animations can only run at 60Hz — the same as the cheaper iPhone 13 and iPhone 13 mini, as well as prior iPhone generations.

As it stands with iOS 15.0, ProMotion takes effect in third-party apps when scrolling or doing full-screen transiti 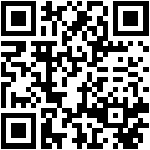