William Shatner will be following the footsteps of his Star Trek character Captain Kirk and boldly going...well, where more and more people have been as he is reportedly about to join the growing number of people who have ventured into space on board Jeff Bezos' Blue Origin rocket.

A report has revealed that Shatner is planning on becoming the oldest person to have ventured into space as part of Bezos' "15 minute civilian flight", which would be a rerun of the flight that Bezos took into the lower atmosphere earlier this year. The report also suggested that Shatner is looking to use the opportunity to make a documentary about the experience.

This is not the first time William Shatner has talking about jumping on board a space flight, after having joked about being willing to go into space if he had Elon Musk with him. Those comments were made a couple of years ago w 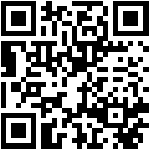