The three new specials now available on Apple TV+ are ‘Down at Fraggle Rock’, ‘Doozer Music’, and ‘Fraggle Songs’. In particular, fans of the franchise will enjoy reliving ‘Down at Fraggle Rock’ which is a one hour special revealing the behind of scenes of the series’ production, hosted by Jim Henson himself.

These new specials can be found in the Bonus Content section of the Fraggle Rock show in the Apple TV app.

In addition to the classic episodes, Apple TV+ also released a new series of shorts called Fraggle Rock: Rock On last year, which were 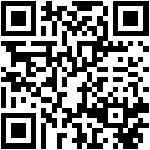