Smith believes their defeat to Chelsea will stand them in good stead for today's game.

He reasoned: “The Chelsea Premier League game was the catalyst – we went toe-to-toe with them and created big chances. A mistake killed the game for us in that one.

“We took that positivity into the game against Everton and it was a bit of a chess game for 60 minutes, but once we got our first goal it was all guns blazing and a comfortable win in the end.

“We feel like there's a lot of confidence and belief in the group and we feel like we've got a talented group, so there's no reason why there shouldn't be."

On Villa's young players, Smith added: “You only have to look at the subs I put on against Chelsea – it was Jaden Philogene-Bidace and Carney Chukwuemeka. Came 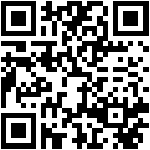