Vincent D'Onofrio 'So Badly' Wants to Return as Kingpin: I Just Need to Be Asked

It's hard to say if and when we will ever see Vincent D'Onofrio suit back up in the white tuxedo as Wilson Fisk, but the moment can't come soon enough if you were to ask him. For three seasons on the hit Netflix series Daredevil, D'Onofrio expertly played the supervillain also known as Kingpin. The Marvel shows on Netflix are said to be canonical to the Marvel Cinematic Universe, but as of now, Kingpin hasn't been seen in the MCU since.

Some fans believe this is going to change very soon. There are rumors that Vincent D'Onofrio will be back as Kingpin in the upcoming Hawkeye series on Disney+. The actor only fueled this speculation when he liked some posts on Twitter suggesting that the character would return on the show. There have also been theories that Wilson Fisk could appear in Spider-Man: No Way Home if not in Hawkeye.

In a new interview with Screen Rant, Vin 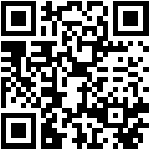