The sportswear maker’s shares dropped 6.7% to weigh the most on the Dow and the S&P 500 after it also warned of delays during the holiday shopping season, blaming a su 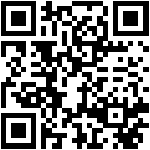