With Fast & Furious 10 now due for release in 2023, F9 director Justin Lin has provided an update on what fans of the franchise can expect from the final two (no doubt ludicrously explosive) installments. While little is yet known about what the movies will involve in terms of plot, Lin has revealed that both movies will comprise the last chapter of the ﻿Fast and Furious saga, and he cannot wait to tell it.

"The idea of the last chapter being two films is correct. I have to say, I'm so glad - because I think when I first entered this franchise, a sequel was not a given. You had to earn it, you know? And so to be sitting here talking to you and go, 'Oh yeah, there's gonna be two more movies!' I'm like, 'Wow.' It means a lot. So, every day when I wake up, I'm trying to reconfigure and make sure hopefully whatever we're talking about process wise is gonna yield the best re 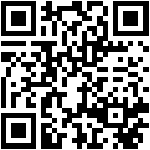