The live-action adaptation of Clifford the Big Red Dog is back on the release calendar. Back in July, Paramount pulled the movie from its planned premiere date in September due to increasing concerns over the delta variant. It has since been unclear when the movie would go back on the board, though Clifford screened for audiences at CinemaCon. It has now been announced that the movie will have a day-and-date release in theaters and on Paramount+ on Nov. 10.

Walt Becker directs Clifford the Big Red Dog using a screenplay by Jay Scherick, David Ronn, and Blaise Hemingway. Based on the book series by Norman Bridwell, the movie is a direct adaptation, in that it follows a big red dog named Clifford and his human pal, but there are some differences. The cast includes Darby Camp, Jack Whitehall, Izaac Wang, John Cleese, Russell Wong, Paul Rodriguez, Tony Hale, Russell Peters, R 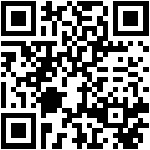