Season 4 of Goliath is available right now, in its entirety, on Amazon Prime Video. This will be my last article for today. I'm feeling a little (cough, cough) under the weather. I should be feeling better in about eight episodes, I mean hours. Check out what's in store for us in their farewell season.

I just asked a woefully uninformed friend about their excitement that all of the episodes would be delivered for a Goliath binge, and they asked, "What's Goliath?" If you have the same question, I'll try to be kind, but what the double heck?! Billy Bob Thornton won his second Golden Globe for best actor for Goliath! He plays the disgraced lawyer, Billy McBride, struggling to redeem himself by taking the cases for the ultimate underdogs. 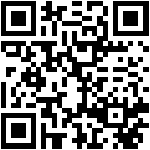