The latest production update for HBO's The Last of Us adaptation reveals that original video game director Neil Druckmann will be directing episodes for the upcoming series. The Last of Us is currently filming in Canada, with much of the production being kept under wraps. Director Neil Druckmann had served as a director alongside Bruce Straley on the popular PlayStation video game released in 2013. Originally, Neil Druckmann was already involved in the development of the upcoming HBO series, but only serving as a writer and producer.

According to the Director's Guild of Canada production list, Neil Druckmann will also add directing to his writing and executive producing duties. Druckmann's name can be seen under the "Director" section along with other names such as Craig Mazin, Jasmila Zbanic, Peter Hoar, and Kantemir Bagalov (who will be directing the pilot episode). Dev 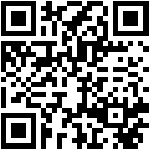