The 2016 Ghostbusters reboot is still a touchy subject for the fans and its creators. Amidst the anticipation of Jason Reitman's Ghostbusters: Afterlife, actor Melissa McCarthy, who played Abby Yates in the 2016 reboot, is still baffled by the backlash the film created. McCarthy stands by the film and is defending it against critics who bashed it and its all-women lead cast.

"There's no end to stories we can tell, and there's so many reboots and relaunches and different interpretations, and to say any of them are wrong, I just don't get it," Melissa McCarthy said, per Yahoo. "I don't get the fight to see who can be the most negative and the most hate-filled. Everybody should be able to tell the story they want to tell. If you don't want to see it, you don't have to see it."

McCarthy has spoken about the Ghostbusters backlash before, telling Entertainment Weekly in 2 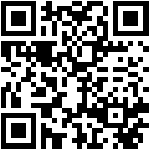