Marvel's newest movie Shang-Chi and the Legend of the Ten Rings is poised to become the year's highest-grossing release at the domestic box office. As it stands now, Shang-Chi is in the No. 2 spot just behind fellow Marvel Studios movie Black Widow in No. 1. Shang-Chi currently stands at just $200K behind Black Widow through Thursday's box office numbers, and it's certainly going to pass that number by the end of the day.

It's worth mentioning that Shang-Chi and the Legend of the Ten Rings held its release exclusively in theaters, while Black Widow had a day-and-date release coupled with Disney+. This had led to a lawsuit against Disney filed by Scarlett Johansson, and the release strategy for new blockbuster titles has since changed. Disney has now been testing theatrical releases for movies before putting them up on Disney+ at no extra charge about 45 days later, and Sh 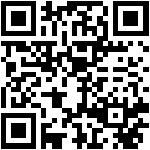