When it comes to gender equality in the business world, Facebook COO Sheryl Sandberg hit the nail on the head: “Knowing that things could be worse should not stop us from trying to make them better.”

While access to opportunities, funding and support has improved for women in the startup space over the last couple of decades, there is still a long way to go. In fact, women early-stage entrepreneurs receive an average of $1 million less in funding than men do, despite performing better on average. Leaders across the board openly advocate for female-founded businesses receiving more venture capital and entrepreneurship support, but few are taking decisive actions to close this glaring gender gap.

The problem lies not in th 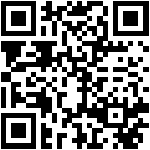