Marca says the 28-year-old's representatives have been sounding out a number of Europe's top clubs ahead of a potential move, with both Bayern Munich and Real Madrid the clubs that appeal most to the defender.

Rudiger's deal will expire at the end of the current campaign, and Chelsea's attempts to renew his contract have fallen short so far. The club have offered 6.5 million euros a year for him to renew, but he is asking for 10 million euros, leaving a resolution still far way.

Now Rudiger's agent is working to find a solution elsewhere. Having been at Chelsea since 2018, when he signed from Roma, the German has made huge strides forward in recent seasons and particularly since Thomas Tuchel's arrival. 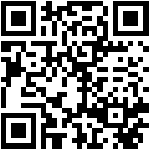